The Kingdom of Eswatini’s new national airline, Eswatini Air, has been granted an Air Operator’s Certificate, paving the way for its launch of operations.

The airline had initially planned to begin operations in the first half of 2022, and is  yet to announce fares or a flight schedule.

The Managing Director of Eswatini Air, Qiniso Dhlamini, has previously stated that the airline’s first destinations will be Johannesburg, Durban, Cape Town in South Africa, and Harare in Zimbabwe.

Based in a kingdom with a population of about 1.2 million people, Eswatini Air is focused on regional flights within southern Africa. According to the World Bank, 59% of the kingdom’s inhabitants live below the poverty line, and the national arline is seen as a means of promoting economic development through tourism.

Despite the demise of rival airline Eswatini Airlink – a previous joint venture between the government of Eswatini (60%) and Airlink (40%) – the airline aims to offer competitive fares on all its routes and plans to establish codeshare agreements with other airlines.

Passenger Air Travel Recovery Continued Towards the End of 2022 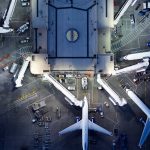