Air Côte d’Ivoire announced it will order more Airbus on Tuesday, Oct. 25, from European manufacturer and historical partner, Airbus, without giving further details on the aircraft type to be ordered. However, in a tweet by the airline, the image used for this announcement looks very much like an A330neo.

The airline also noted that the Ivorian Transport Minister Amadou Koné will accompany the airline officials to the official ceremony to be held at Airbus Headquarters in Toulouse, France.

Air Côte d’Ivoire currently operates a fleet of nine aircraft including two Airbus A319ceo, two Airbus A320ceo, one A320neo and four DHAC-8 Q400s, and is set to announce a new order from Airbus tomorrow. In a

It is to be remembered that airline became the first A320neo (new-engine-option) operator in the West-African region. Its initial order for re-engined single-aisle aircraft announced in 2016 was for two A320neos and two A320s. But it switched to the A319neo in early 2019, and is now expecting an A320neo and two A319neo according to Airbus orders and delivery books for September. 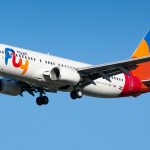 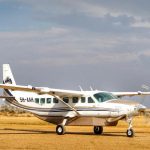