Despite social distancing and the cataclysmic drop in demand for air travel that was expected to bring a sharp rise in airfare prices, Nigeria’s aviation trend shows flyers will be benefiting from lower air fares in key markets, supported by competition among the domestic airlines who are desperate to try to convince their customers to fly their planes.

This has erupted in a price war between the domestic airlines, with tickets for flights between Lagos and Abuja selling for as low as $40. As the domestic carriers are working to put people into seats, this has raised the question: has flying become cheaper?

Green Africa Airways sparked the price war when it revealed its ticket prices selling at $40 despite being the newest entrant in the aviation scene and not yet taking to the skies. Air Peace, which is presumably the largest carrier in Nigeria has also slashed its prices on a number of its domestic routes which are currently on sale.

But for how long will this trend continue? As the competition is definitely becoming ferocious and fares are going down and so will some carriers! Survival of the fittest rules: weaker players suffer and die out in bankruptcies while mergers and acquisitions could lead to market consolidation. 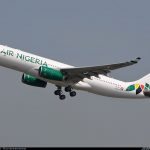 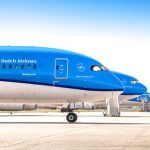